She came up to me with her friend Brandy. Brandy is a believer and I enjoyed talking with her and being able to encourage her in the Lord. But Brandy came to me with a purpose; she wanted me to talk to her friend.

Her friend was stunning. The first thing I noticed about her were her beautiful turquoise eyes. They were lonely, seeking eyes; Eyes that didn’t know if she could trust or believe. Dare she take the chance to make herself vulnerable? Could she afford to open up and take the chance of being rejected? I think not.

I was flooded with a love for this girl as soon as I saw her, She was a daughter, just a wounded child, confused and wrapped up in a whirlwind of mistakes. I asked her what her name was and as she told me, Maria. So I started to sing “Maria, I just met a girl named Maria” here was my first glimpse of her beautiful smile. It didn’t last long but it was a smile.

They wanted to know Why I had come to the prison, what had brought me to this place. I told them that my daughter came last year and had such a good time that she wanted me to join her this year. They were like “NO, Really?” I said “Yes, really “ and pointed to my daughter. “Wow” they said, “it’s like a heritage thing then!” I said “yes, Jesus has given us a great heritage thing.”

I continued to talk mostly to Brandy, as Maria was the quiet reserved type. Since I had already established with brandy that she was a believer, I thought to ask Maria the same question. She answered honestly, “Not really!”

I spent some time just trying to find out what she did believe, but she was very quiet, and so I thought that I would just talk to her about what ever she wanted to talk about. Before I knew it our morning time visit was over and the girls walked away. I had written down their names and things that I could keep in prayer for them through the year.

In the afternoon, while in the greeting line, Maria made eye contact with me and gave me a small smile. When all had entered and the afternoon performance was over, I saw Brandy and Maria headed my way. I asked Maria if she had thought about what we had talked about earlier. She said she had. I noticed that she had one of the tracks in her hand and asked her if someone had gone through it with her already? She said “No, they just gave it to me. I thought I would read through it later.” I said, “Well, could I go through it with you now?” She said “sure”. We read through and I found out that she believed that when we die we just kinda float around aimlessly in nothingness. So I asked her if she knew who Hitler was, she said yes. I asked her if she thought he was just floating around out there somewhere in nothingness. She said yes. So I said, is that fare that this mass murderer will never face a judgment? To which she agreed that that would not be fare. I then asked her “If he had killed someone you loved very much, what would you want to happen to him?” She said she would want him to be punished. So from there I was able to talk to her about God being a Good judge and that he had to make sure the justice is served. She understood that court system very well and so understood what I was saying. I told her that when someone does a crime, someone has to pay the dept. This she also understood. I told her how Jesus had done just that.   That the creator of the universe, The one who made the moon and the stars and all the beauty of the mountains and animals. Knowing that he would come and die on the cross for our sins, that we would reject Him, curse his name, and laugh at him, and refuse to believe that he even existed; and knowing all that, He chose to come and die for us anyway because He loves us so much and wants us to be with him forever. Here I saw tears forming in her eyes, though she quickly looked around to see who might see, and quickly pulled herself back together. I asked her if she would like to except Jesus and say a prayer to do so. Here she says, “well I already did that with another lady who gave me this track.”

Now I am a little frustrated, because this girl clearly had not accepted the Lord. She told me so earlier. She had simply done what she was told to do. My heart broke for her, and I spent some time more talking to her. She still was not ready, and wanted to think about it some more, but she thanked me for talking to her. She said she and Brandy would talk about it more when they got back to their cell, and they walked away. I hoped as they did so that I would see them the next day when I came back. But God had other plans for my day.

The look in Maria’s eyes burned into my heart. I have been asking God, “What was that look? What did her eyes say to me?” I can’t put it into words, but her eyes will stay in my memory forever, and I will pray!

My daughter saw my girls the next day, and said that Maria gave her a big smile, but Esther had not gotten a chance to talk to them. I am praying that her big smile was an indication of an inward change, But I may never know this side of Heaven.

Find my work on these fine sites…Happy Shopping! 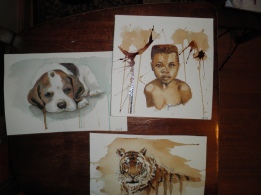 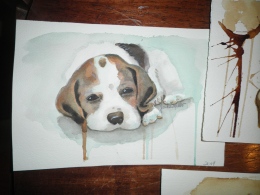